Glam N' Cheese is a Glam Metal podcast and Facebook Live show made in New Zealand which celebrates the greatest Hair Metal of the eighties and today, as well as the cheesiest music ever made. We are proud to be part of the metalradio.co.nz network. You can listen whenever you like by visiting this site, or subscribing to our podcast on iTunes, Podcast Addict, or your preferred podcast app. Stay updated on our Facebook page! If you love eighties Glam Metal / Hair Metal / Sleaze Metal as well as all the other things that made the eighties great like WWF Wrestling then you're in the right place. If you live in NZ then try to catch us on Facebook Live every other Saturday night. 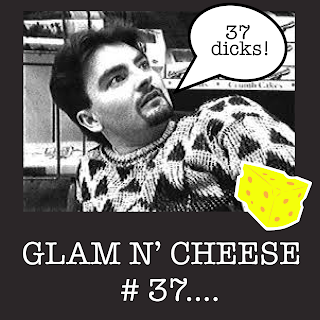 This week’s show is an extra long one, cos that’s how we roll! We finish off our second ‘every track, start to finish’ album with the final track of Reckless Love’s Animal Attraction. Ant reminisces about being pulled off stage by a band member and Brendon talks about the party he once played where his singer trashed the house and Brendon had to break up the inevitable fist fight. Ant shares his secret for avoiding hangovers!!! Alice Cooper cheeses out with a duet with some pop chick slappa. We open up the Box of Extra Cheesy Goodness for a super awesome heavy metal song by Neil from the Young Ones who accidentally eats a hamburger and turns into Neil the Barbarian! Brendon confesses to the real reason why he was so keen on PE class in third form. Hopefully his old female PE teacher isn’t listening! In round 12 of Beat the Brendon he gets the closest he’s been to a perfect score but gets burned, once again, by Bon Jovi! So then to make himself feel better he name drops all the famous peeps he’s interviewed (including the immensely famous Ant Ward!) Ant finishes up with a plea for more likes on FB and Brendon helps out by playing a song that’s likely to turn fans off…